In the 1950s,  a group of devoted parents formed a grassroots organization to support their children with developmental disabilities. Contrary to the prevailing notion that individuals with disabilities should be institutionalized, these parents sought a better way to help their children realize fulfilling lives and secure futures. With these lofty ideals, the ARC of Outagamie County was formed in 1956 and The Arc of Neenah-Menasha in 1957. It was not uncommon for doctors to recommend institutionalization due to lack of knowledge about intellectual disabilities, which at that time was referred to as mental retardation.  There were no programs or activities for children and adults with developmental disabilities, much less support for their families. After a request to do so from self-advocates, The Association for Retarded Citizens changed its name to The Arc in 1991, dropping the acronym and word ‘retarded’.

In 2006, The Arc of Outagamie County and Neenah-Menasha merged and became The Arc Fox Cities, Inc.  and relocated its offices to the former Winnebago Day School on Doty Island in Menasha, which was purchased in June of 1970. It was also in 2006 that the agency became independent from the national organization.

In 2011, the agency purchased the 211 E. Franklin Building in Downtown Appleton with intentions to relocate the offices to increase visibility in the community and accessibility to our participants by being closer to public transit. 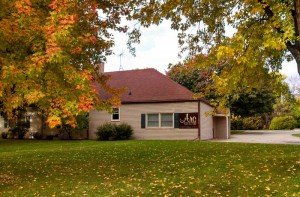 In 2012, NAMI Fox Valley approached the agency and its board with a proposal to co-own the building. The proposal was accepted and a capital campaign named “The Flight to Building Opportunities” was launched in 2013 and successfully completed in June of 2014.

It was also on July 18th, 2014, that the board voted with input from participants, families, staff and donors to change the agency name from The Arc Fox Cities, Inc. to SOAR Fox Cities, Inc. to better reflect the hopes of our participants and our mission.  This would also assist in breaking the stigma associated with the “R” word associated with agency’s previous names.

We have already received positive feedback from the name change:

“I’m happy to see the name change. When we would use the old name to share with friends the activities our child is involved in, I believe there was an immediate limit in their minds associated with the use of the “R” word in its title.”

“Thank goodness! I have been waiting for this change.”

“I want to thank you for changing the name. My sister-in-law, who is a brain injury survivor, came to live with her brother and I in December. When I was inquiring about activities for her, I was appalled by the acronym of this organization.”

This is an exciting time for us as we move forward with energy around new initiatives. Our organization abounds with opportunities for participants and volunteers. With our recent move to downtown Appleton and proximity to bus routes, we have increased our visibility to the community and access to our participants. Now is the time to focus on building for the future. With your generous support we can ensure that SOAR has a solid foundation. Together, the sky is the limit.